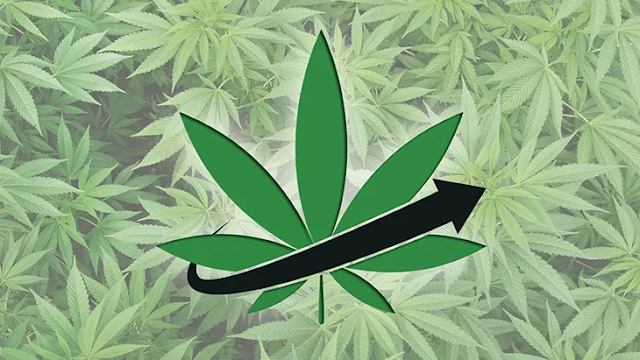 Chicago, IL:   Two-thirds of US adults favor a repeal of federal marijuana prohibition, according to nationwide  polling data  compiled by Harris Research. Sixty-six percent of respondents in a nationally representative sample endorse legalizing cannabis for adults, with support being strongest among millennials (79 percent) and members of Generation X (76 percent). By contrast, just under 50 percent of Baby Boomers (those born between 1946 and 1964) backed adult-use legalization. The results are consistent with those of other  recent national polls , including those by  Gallup ,  Morning Consult , and  Quinnipiac University , showing that a supermajority of Americans believe that marijuana ought to be legalized for adults.  When asked whether cannabis should be legal for medical purposes, 84 percent of respondents answered affirmatively – a percentage that is also consistent with prior polling. Additional polling information is available from  NORML .
Post a Comment
Read more

The Wave of the Future 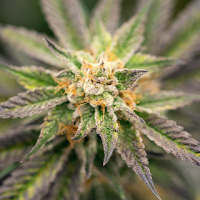 Seattle, WA :   In a public statement issued Tuesday, representatives of the Amazon corporation   offered   additional clarification regarding its rollback of marijuana-related drug screening in the workplace as well as its support for draft legislation offered by Senators Chuck Schumer, Cory Booker, and Ron Wyden to repeal federal marijuana criminalization. The company   initially announced   changes to its marijuana-related policies in June. A  blog  post  by HR Director Beth Galetti reaffirms that the company will no longer include pre-employment screenings for marijuana use among new hires, except for those in federally regulated positions (that mandate drug testing). The company further announced that it has “reinstated eligibility for former employees and applicants who were previously terminated or deferred during random or pre-employment marijuana screenings.” Commenting on Amazon’s announcement, NORML’s Political Director Justin Strekal said: “This is a welcome showing of su
Post a Comment
Read more 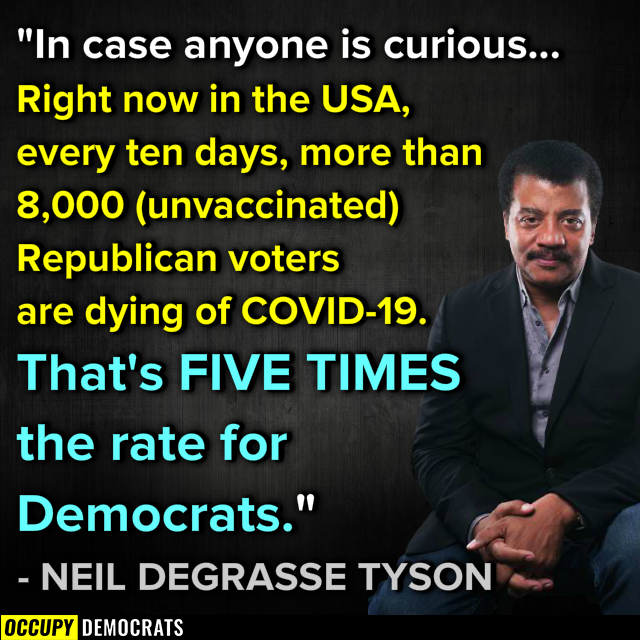 Wisdom Of a Buddhist Monk 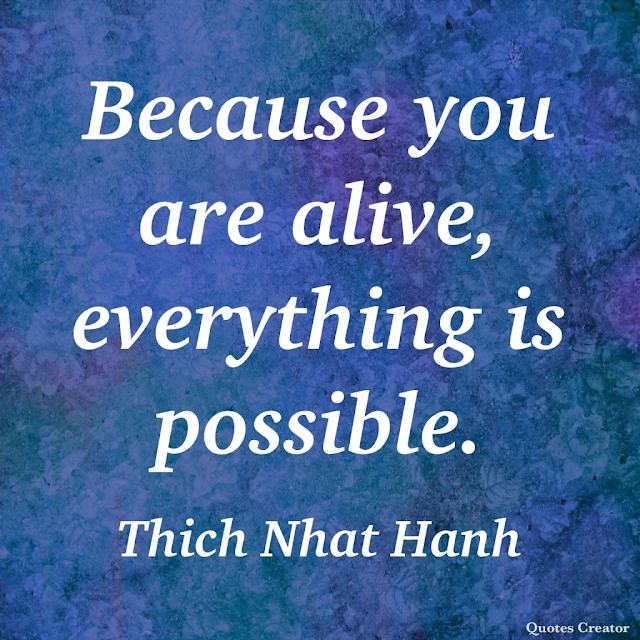 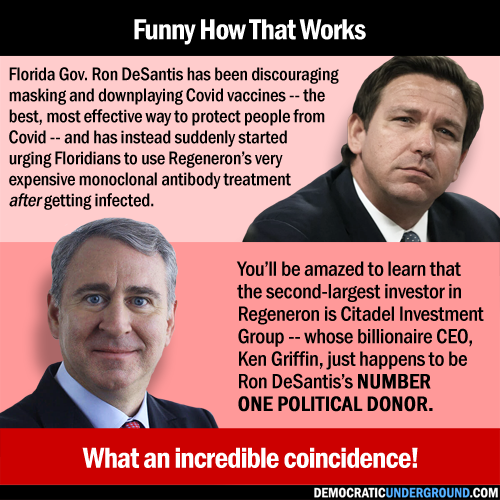 If Floridians are wise they will dump this ignorantly dangerous idiot and relegate him to that rotting s- - t pile of pathetic and disgusting politicians.
Post a Comment
Read more

Cleaning the Environment of Carbon Emissions 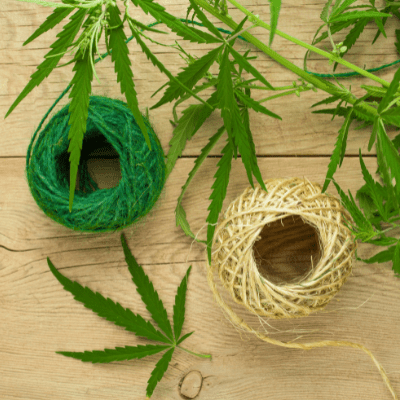 Ayup, hemp (cannabis) has the capacity to help us often ignorant humans in our quest to clean the environment of carbon emissions. Thus helping mitigate the now rapidly advancing Global Warming. According to the following article we need to start planting and maintaining hemp everyehere possible around the globe.  In addition to this the rapidly growing medical and recreational cannabis industry must find ways to reduce the carbon intensity created by grow lights and other carbon intensive processes in the production of the industry's product. Enjoy the details at cannabislifenetwork.com
Post a Comment
Read more

An Hour Twenty Minutes Worth of 90's Reggae 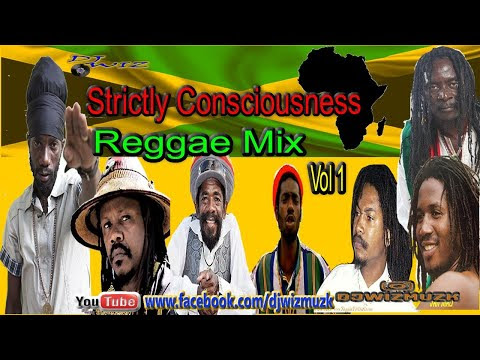 The Cannabis Industry Has a Big Carbon Footprint 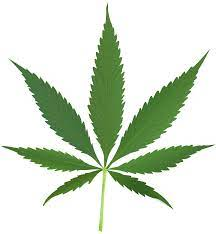 Cannabis' negative? It's energy intensive. And, it directly affect greenhouse gas production. Given what we now unquestionably know, that global warming and its destructive forces are real and at work even as I type, the growing cannabis industry and the politicans supporting it had damn well better get a handle on reducing the carbon footprint of cannabis. EARLY! On to the article...   POLITICO -  Marijuana has never been more popular in the U.S. — and its carbon emissions have never posed a bigger threat to the climate. America’s patchwork approach to legalizing weed has helped make cannabis cultivation one of the most energy-intensive crops in the nation. And as states increasingly embrace marijuana, a growing source of greenhouse gases is going essentially unnoticed by climate hawks on Capitol Hill. Nationally, 80 percent of cannabis is cultivated indoors with sophisticated lighting and environmental controls designed to maximize the plant’s yield. It’s a setup that can co
Post a Comment
Read more

New Orleans Getting It Right As Best They Can

Justice often takes years to happen. But finally, after the United States immoral and destructive "war on drugs", people (and governments) are finally beginning to see the egregious error of their former ways. A cause for celebration in New Orleans today. Hopefully, before too long, every single person still alive, of every stripe and color who had their lives negatively impacted in any way by the immoral "war on drugs"  will have their records completely expunged. On o the article... Cannabis Decriminalized in New Orleans On Thursday, August 5, New Orleans took a historic step. The New Orleans City Council passed a series of articles to pardon  cannabis -related charges and any future charges. Effectively aiming to decriminalize cannabis, the city is making an effort to work with the NOPD to end the war on weed. While they cannot make it completely legal at a state level, they are working towards allowing the department to focus on major crimes. The unanimous vote
Post a Comment
Read more 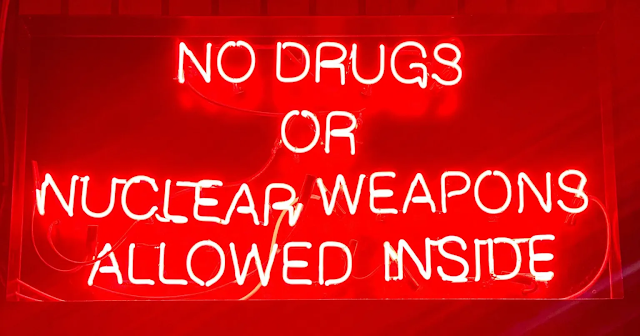 Throughout the early 20th century, the White House had two enemies: the Black population and the anti-war left. The most dangerous thing about drugs like cannabis was their affinity for political dissent. By halting research for the medical safety and efficacy of drugs in the 1960s, Nixon solidified a way to crush both. “We knew we couldn’t make it illegal to be either against the war or Black, but by getting the public to associate the hippies with marijuana and Blacks with heroin, and then criminalizing both heavily, we could disrupt those communities. We could arrest their leaders, raid their homes, break up their meetings, and vilify them night after night on the evening news,” top Nixon aid John Ehrlichman later admitted. “Did we know we were lying about the drugs? Of course we did.” And there is the straight plain spoken full on truth about former president Richard M. Nxon and the United States destructive life destroying War on Drugs. Now, on to more trith. Cannabis Life Netwo
Post a Comment
Read more
More posts

Rational Nation USA
Rational Nation USA has recently moved completely away from the insanity and destructive forces of divisive and conspiratorial conservatism in America. We are now focused on the many positive and healthful benefits of Mother Natures gift to humankind, CANNABIS in all its wonderful forms!

Books and Magazines of Interest

I do smoke, but I don’t go through all this trouble just because I want to make my drug of choice legal. It’s about personal freedom. We should have the right in this country to do what we want, if we don’t hurt anybody.

Some of my finest hours have been spent on my back veranda, smoking hemp and observing as far as my eye can see.

It really puzzles me to see marijuana connected with narcotics dope and all of that stuff. It is a thousand times better than whiskey. It is an assistant and a friend.

Should we legalize marijuana?) Yes. And release prisoners who are incarcerated for pot.

The biggest killer on the planet is stress, and I still think the best medicine is and always has been cannabis.

Who most benefits from keeping marijuana illegal? The greatest beneficiaries are the major criminal organizations in Mexico and elsewhere that earn billions of dollars annually from this illicit trade – and who would rapidly lose their competitive advantage if marijuana were a legal commodity.